Sports and society: how sports organizations can play their part

Sports and society – what an intricate relationship. Research continues to prove that this relationship yields significant benefits for everyone involved. Not just the societies themselves, but the individuals that make up that society as well. We will look at a few examples of each in this blog post. The benefits of sports in society, however, are one thing. But the role that you can play in using sports for the betterment of society, is another. So in this blog post, we will discuss:

The importance of embracing the relationship between sports and society 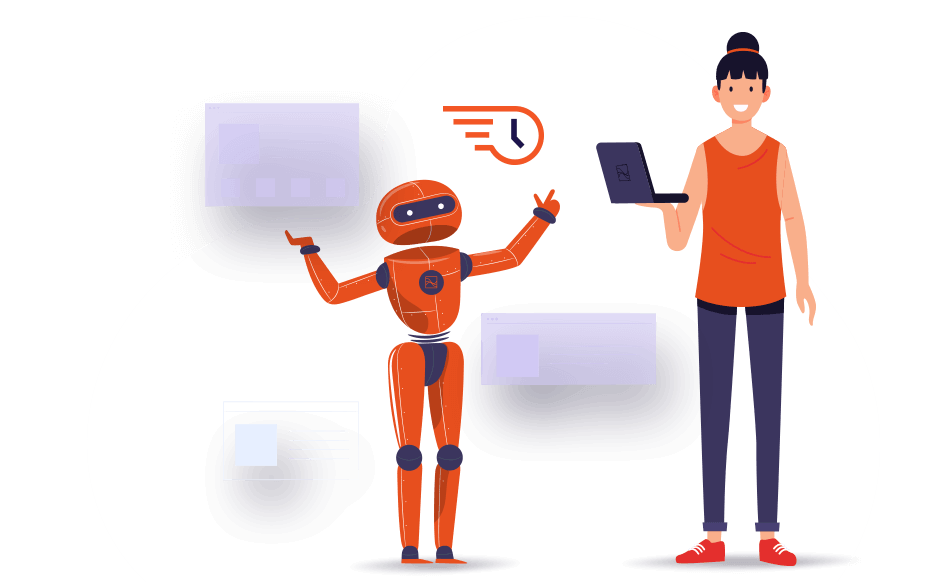 The importance of embracing the relationship between sports and society

Some people say that sports and politics don’t mix. And by politics, they include things such as protesting against discrimination on the basis of race, sexual orientation, for example. I don’t aim to substantiate or discredit this statement in this blog post, but I want to rather highlight an important fact that we overlook when we fixate on this line of thought. This fact is that sports is a mirror of society. And because of the deep sense of belonging and identity sports evoke in fans, sports can be a very powerful force for change in society.

There is evidence of this throughout history.

Examples of the powerful relationship between sports and society

Let me set the scene. It’s 1995, and Nelson Mandela has been in office as president of the Republic of South Africa for a year. The division between white South Africans and black South Africans has never been wider, despite the end of the apartheid regime. But Mandela recognizes an opportunity for change. That opportunity? Rugby. So, at the beginning of his presidency, Mandela invites Francois Pienaar, the team’s captain, to meet with him to discuss how the Springboks could help broker peace between the Black and white populations of South Africa.

That same year, The Springboks, South Africa’s national rugby team would play against their archrivals, New Zealand.  For the first time ever, during the game, the crowd sings a new version of the national anthem. This version, contains the “Nkosi Sikelel’ iAfrika” – a mark of the final inclusion of the majority black population into their own country. As South Africa wins the game, the whole stadium, mostly white, erupt into cheers. However, the black population shared in that pride and joy equally.

Martin Meredith writes in his biography, Mandela, that, “Never before had Blacks had cause to show such pride in the efforts of their white countrymen. It was a moment of national fusion that Mandela had done much to inspire.”

Quoted at the Laureus World Sports awards, Mandela would later on say, “Sports has the power to change the world. Sport can create hope, where once there was only despair”.

Is this not the epitomy of the power of the relationship between sports and society? 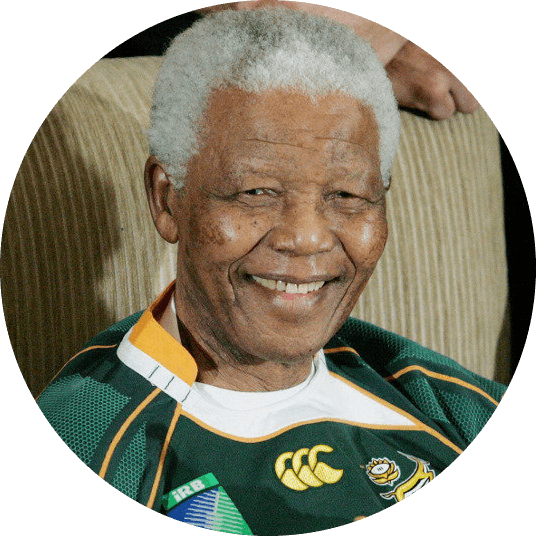 “Sports has the power to change the world. Sport can create hope, where once there was only despair”

Other notable examples of the power of sports in society

There are many more examples of the power of sports in society, including:

The historic power of sports in society is undebatable. 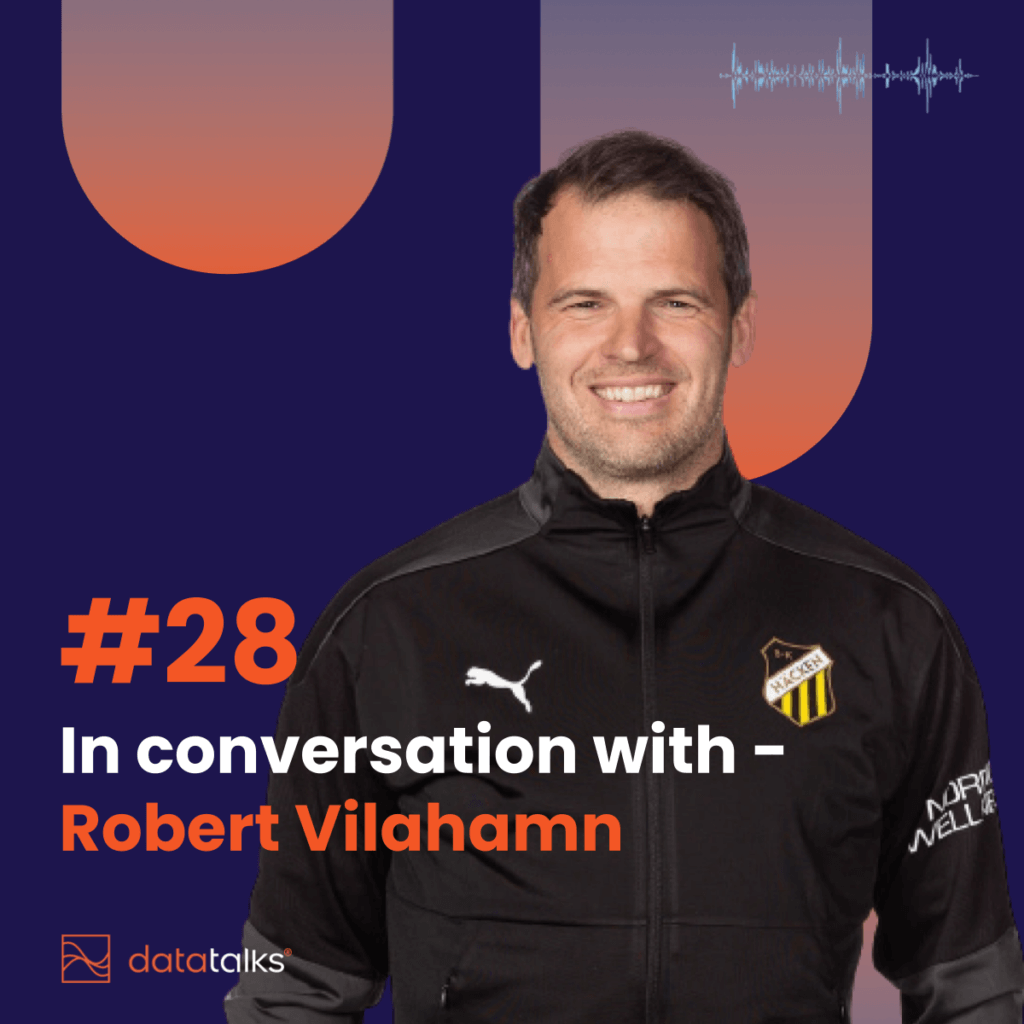 How does the relationship between sports and society play out in everyday life?

Well, we sat down for an interview with Robert Vilahamn – the head coach of BK Häcken, a woman’s football team in Sweden. The topic of discussion was women in sports. This an area where a lot of inequality has occurred historically. Robert shared with us a powerful tool that he used in his daily life, to be an ally of women in sports. This tool – the language he uses. He avoids phrases like, “fight like a girl” and “kick like a girl”. Not only that but he corrects others when they use these terms. Why? Because they:

You can listen to this podcast here.

The individual’s contribution is important because individuals, people, make up societies. Furthermore, what we see reflected in society is just a mirror of what individuals think. So before you can make any change at any kind of level, you have to check your own philosophies and challenge those. Nelson Mandela is proof of the power of the individual’s role in harnessing the power of sports in society. He received a lot of push back when he created his reconciliation commission and tried to unite the nation through rugby. But because of his efforts, South Africans made progress and showed signs of being open to coming together.

The bottom line is:

The relationship between sports and society, is an intricate one. It can of course course divisions, with some saying that sports should only be about sports. While others expect more from sports in terms of its impact on society. Whatever the case, sports can be an agent of change stemming from individuals operating in their spheres of influence. In the case of Nelson Mandela, as president of a nation or in the case of Robert Vilahamn, as a coach and teacher.

Now we turn to you. You who are actively involved in the sports industry by way of working for a sports organization. The powerful relationship between sports and society is undeniable, right? The change that sports can effect in society is enormours, right? Others throughout the world and throughout history have harnessed this power. But how can you, start playing your part? Let’s look at the different ways that sports organizations can contribute to the betterment of society through sports.

Our company, Data Talks, belongs to this category.

We also know that there are some issues that plague the sports industry that need to be addressed. One of those issues is the lack of visibility for women in sports. 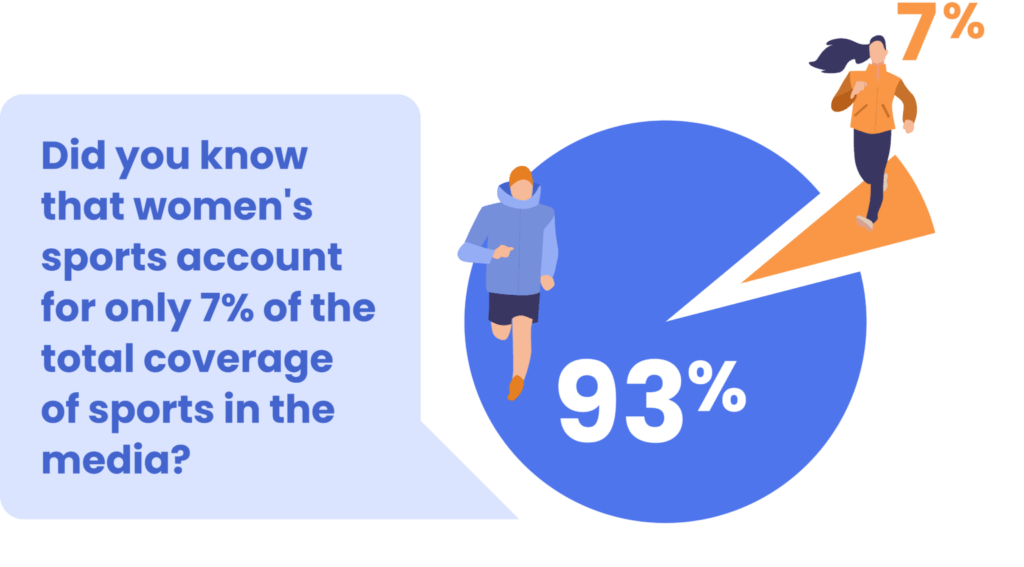 Now things are of course shaping up with all the record-breaking attendances in women’s sports. However, the truth is there is so much for to be done.

That is why instead of lamenting about this through blog posts (passive support), we are dedicated to doing something about this (active participation). We created the Women in Sports: beyond the hashtag initiative.

Women in sports: beyond the hashtag – our initiative 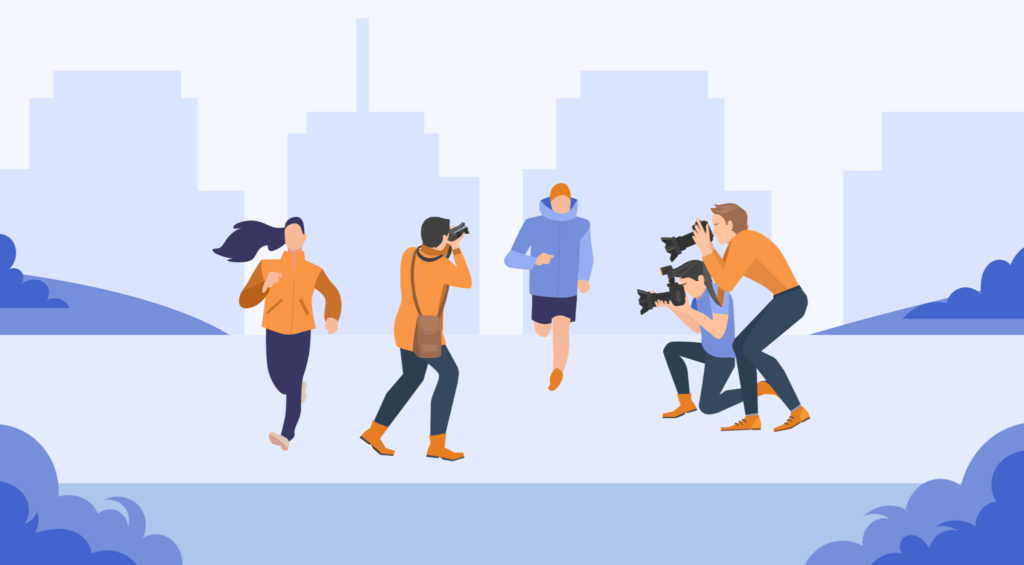 The aim of the initiative

The aim of the initiative is to, “Create advocacy for women’s sports online so that women’s sports can begin to gain the recognition, respect, and value they inherently have but are often not recognized within the industry and without.”

And we do this by:

Practical ways for such organizations to make an impact

You can use us as an example for what you can do practically, to contribute towards the betterment of society through sports. Here are a few useful considerations: 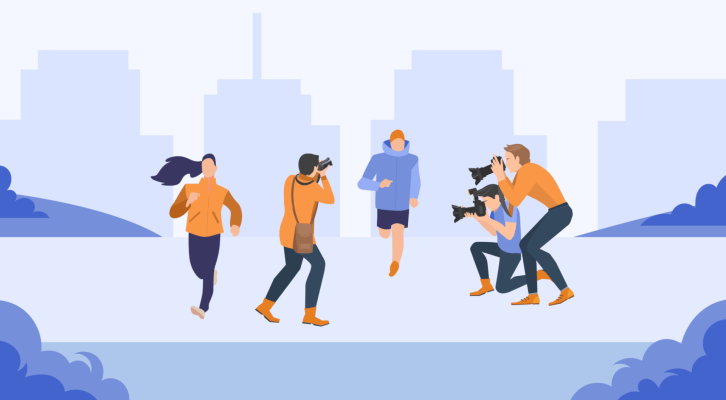 Find out more about our initiative 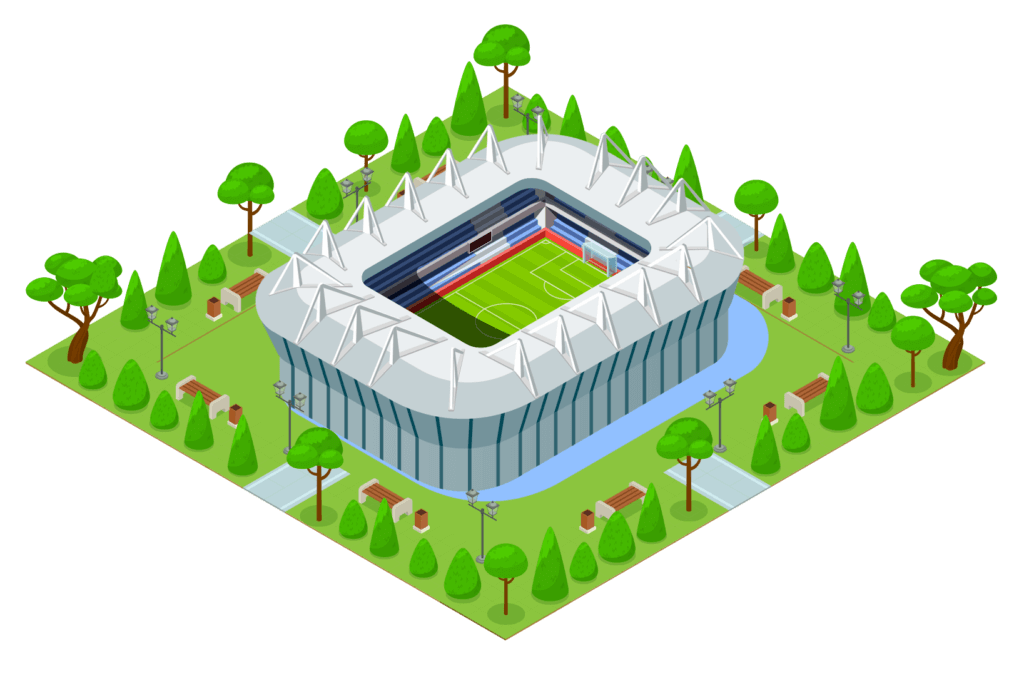 Sports leagues, federations and associations play an important role in society. For example, National Sports Federations are fully responsible and accountable for the overall management, direction, control, regulation, promotion, development and sponsorship of a sport. This is great power. And with great power comes great responsibility. So governing bodies have the duty of:

If we were to tie this back to the example we gave right at the beginning, about the South African National rugby team, Nelson Mandela started a great work in 1995. However, it is now up to the relevant governing bodies to ensure that the legacy continues. The South African rugby team has however, in recent times been accused of going back to its racist roots. With black players complaining about being overlooked for certain roles.

This proves the need for governing bodies to take their role in society, seriously. 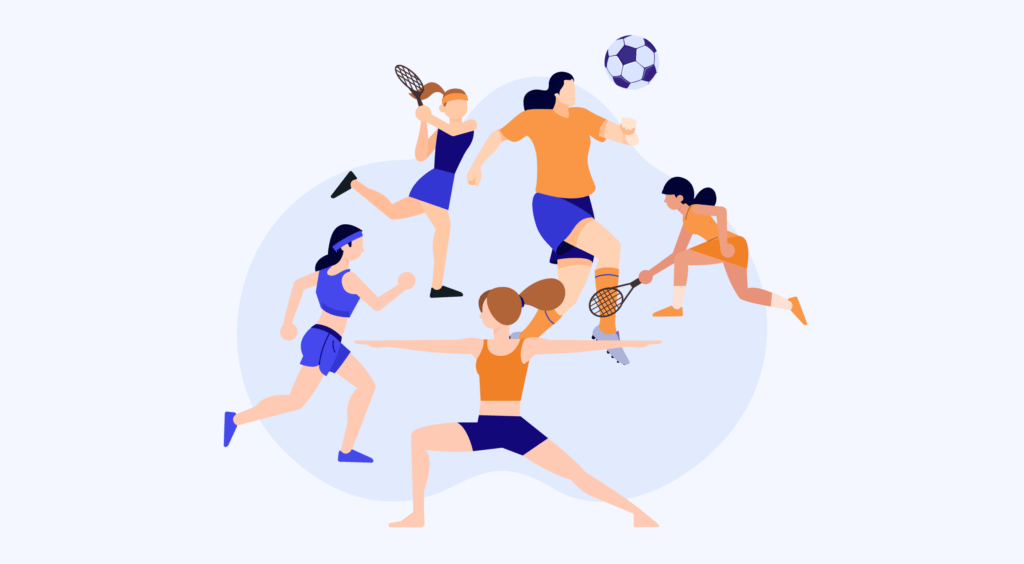 The roles and responsibilities of sports clubs are no different to that of governing bodies. In fact, the sports club is where a culmination of all roles and responsibilities collide. That is, the importance of the role of the individual in effecting change is evidenced here. And the importance of incorporating the responsibilities of the governing bodies and beyond is highlighted here too. So in a way, the sports club is the main arena for change within sports. All of the ideas we discussed above are needed in the daily running of sports organizations. And I believe that is the key difference here between the role of sports clubs and other sports organizations in using sports for the betterment of society.

The key difference is that, while the governing body concerns itself with the larger, macro issues, the club has to concern itself with the everyday occurrences as well. Highlighting the idea that change does not only lie in the big things but rather in the day-to-day as well.

Sports clubs have the duty of ensuing that, on a day-to-day basis:

Allow me to bare my heart to you for a moment. The reason I love working for Data Talks is that it’s not business first and then people secondary. Our societies are made up of individuals. People. People that have an innate desire to belong. A desire to be accepted. And a desire to be able to self-actualize. And Data Talks understands this. Do you?

People in the sports industry are no different. They share the same desires. As such, I believe that sports organizations should not ignore this role. Sports and society are intricately and powerfully connected. And through sports, I believe we can create an impact to echo for generations.

This is how individuals and different sports organizations can make an impact:

Want to make a difference?

Three Key Principles of the Use of Data in Business

Data Talks, vendors of a CDP (customer data platform) kindly invited me to write a post for their blog in…

Energy bills and the future of your club

Winter is upon us. And if you have been able to avoid thinking about energy bills and the energy crisis,…